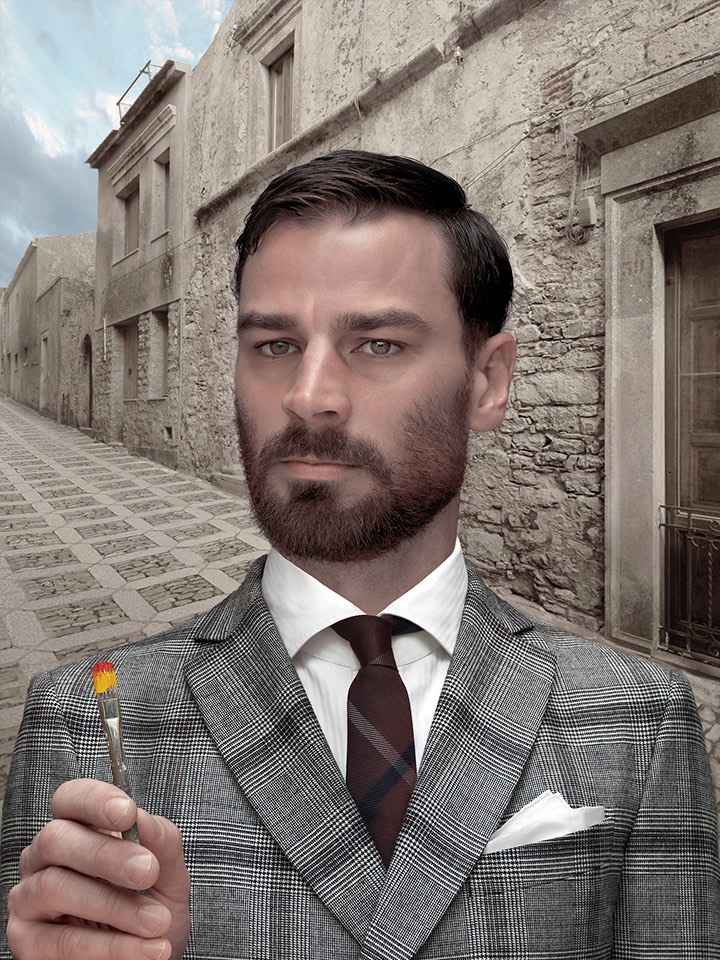 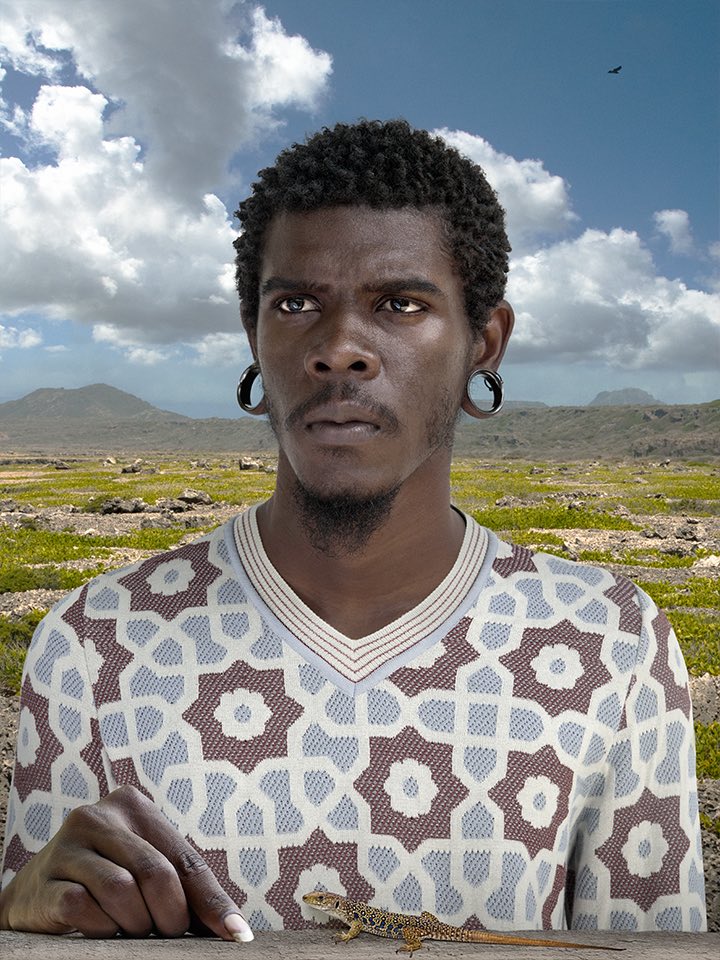 Hans Memling (Seligenstadt, circa 1430-40 - Brugge,1494) was the first painter who used backgrounds behind his painted models. The portrayed were almost always depicted holding a small object in their hand. The hands were painted as if they were leaning on the paintings frame. This surreal atmosphere intrigued F. Franciscus. In 2010 he started painting a series of portraits ‘After Memling’. By carefully putting together the raw photographic material shot as study material for these painted images, the first two photo portraits arose. On these are depicted the gentlemen themselves.

During a work visit in New York in February/March 2012, Mr. and Mr. Franciscus developed the idea to make these photographic portraits as autonomous art works. The first was shot in Manhattan, New York City. They portrayed a young red headed man, their New York trainee, and as background a view over the West Village taken from the Mondriaan loft where the gents stayed for that occasion, made possible by the Dutch Mondriaan Fund.

Back in Amsterdam they created a whole series of these photographic portraits with the working title ‘Digital studies after Mewling’. The series is still growing today. The combination of 'painting' with digital tools, 16th century portraiture, precise embellishment and point sharp details result in surreal images. These are hard to date but the works are breathing a nostalgic atmosphere. The photo's have an enchantingly awkward touch and are made with such care that each one of them is an artwork in itself. ‘Digital studies after Memling' by Franciscus & Franciscus represent an attempt to re-invent classic 19th and 20th century portrait photography.

The series is still going strong and Franciscus & Franciscus are always searching to capture interesting backgrounds for their work, this has taken them to amongst other places, Berlin, Rome, Paris and Sicily. As well as their homelands in The Netherlands.

With the 'Pilgrimage' series the duo heads in a new direction. Inspiration came from monks painted by, among others, Zurbarán, Rembrandt and Greco. With contemporary styling, the models change into travellers, crusaders, refugees and city nomads. The pictures are hard to date, and breathe a surreal atmosphere.

This series is currently still in development.